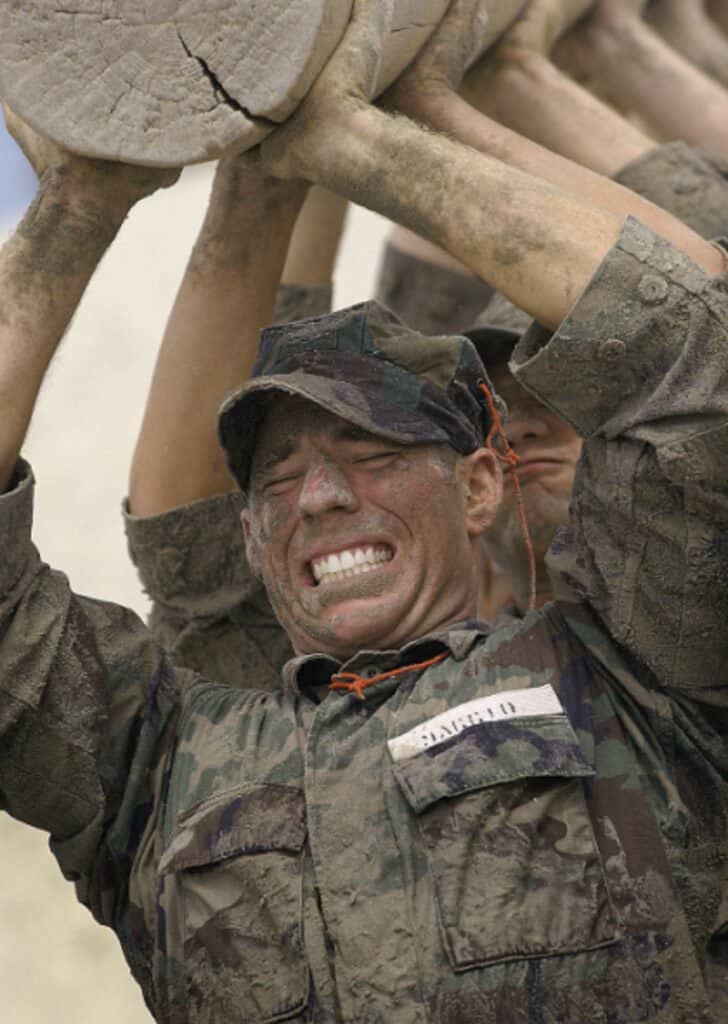 First beatdown with the logs. Thanks to everyone who helped get those to the AO!

For warm up we did a steady mosey with the ruck sacks over to the area where the logs were stashed. On the way we paused and did 10 lunges per side to warm up the legs and for injury prevention.

First stop we divided up into three teams. Two teams of three PAX and one team of two PAX. Each team had a log.

We then carried the logs in team formation to the next spot where Wooly Bugger lead the group.

To the song Bring Sally Up” we did Squats on down.
We then repeated the song and did Merkins; “down” was up.

We then proceeded back to the starting point and stashed the logs.

On our mosey home, we picked up the pace for a bit then stopped for a bear crawl to a designated point. We then continued to mosey back home for COT.

The logs were no joke. I appreciate everyone for pushing hard through the whole beatdown!